There are no stated rules against using it, and I was given no warning.

I like bad wolf and have for the past 2 years. 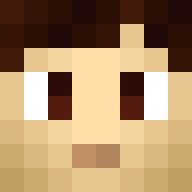 You might not have known what it was called, but it was undeniably spam, which is absolutely against the rules. When I asked immediately whether your account had been compromised you ignored me so you were banned from Discord to prevent further spam. I did not ban you in game at that point to give you the benefit of the doubt. When Cesar asked you about it later in game your response was hostile and your apology was insincere to the point of flippancy. There had been additional issues in the past so we thought it was best to part ways. We wish you the best. Appeal denied.
Show hidden low quality content
Share:
Facebook Twitter Reddit Pinterest Tumblr WhatsApp Email Link
Top Bottom
Reply